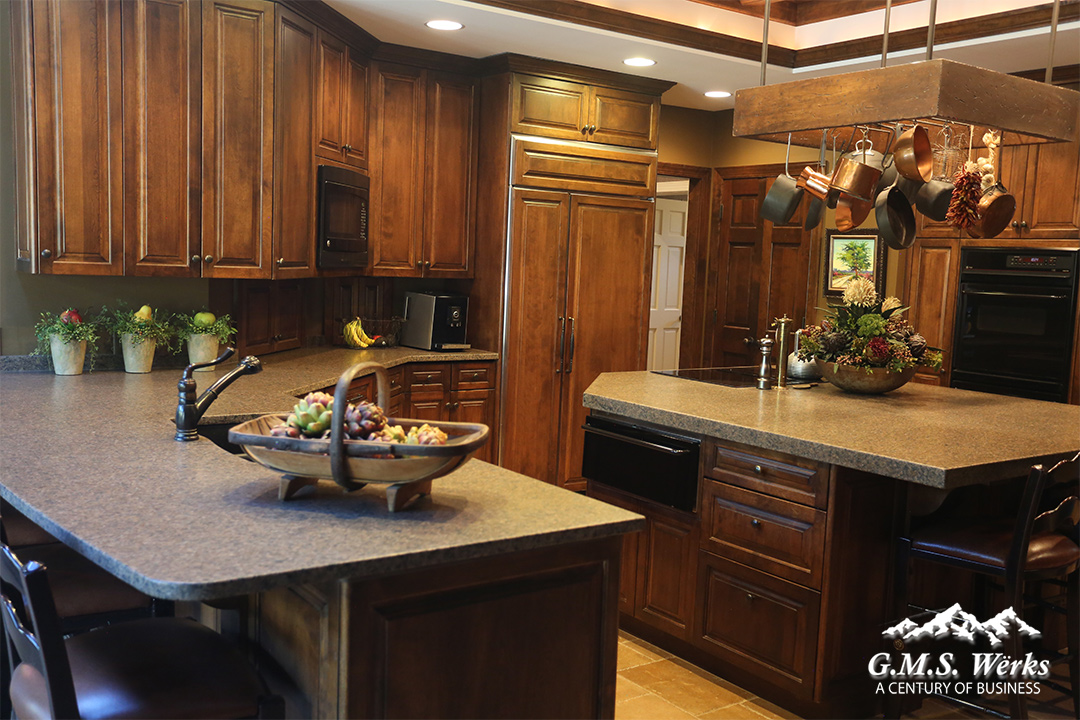 GMS Werks has been installing natural stone throughout the Omaha metro for years. Whether it be a business or residential home, we can do it all. Recently we were in the home of Janet Kratina for a countertop installation. Janet came to GMS looking for a stone with a dull subtle stone finish that wouldn’t become the focal point of the kitchen; yet kept her 18th century home warm and inviting.

Janet’s decorator had suggested working with a company she had used for a very long time. Janet agreed, and had the company help her pick out a different stones and take measurements in her home. After what Janet says was a long afternoon, the company told her that she wouldn’t be happy with the work they could do in her kitchen, because the project was difficult.

That’s when Janet enlisted the help of GMS Werks who came to her home and reassured her that the project wasn’t too difficult and could be done with care. In one week’s time, GMS tore out the old countertops, put in the new natural stone counters and got the job done beautifully.

Janet says all those involved with helping pick the stone and install the counters were wonderful to work with. She admits that she was very particular and fussy about dust and dirt during home renovations, and was so pleased that there wasn’t any dust or dirt in the house during the installation.

When asked about GMS and the work done at her home, she said, “stone workers, very efficient, and accountable”.

We would like to thank Janet for allowing GMS to help renovate her home and for all the kind words. We are so proud of the work we do, and take pride in providing the best services to the Omaha area.

Things You Need To Know About The Most Popular Stone Countertops

The Best Countertops Based On Your Favorite Holiday Drink