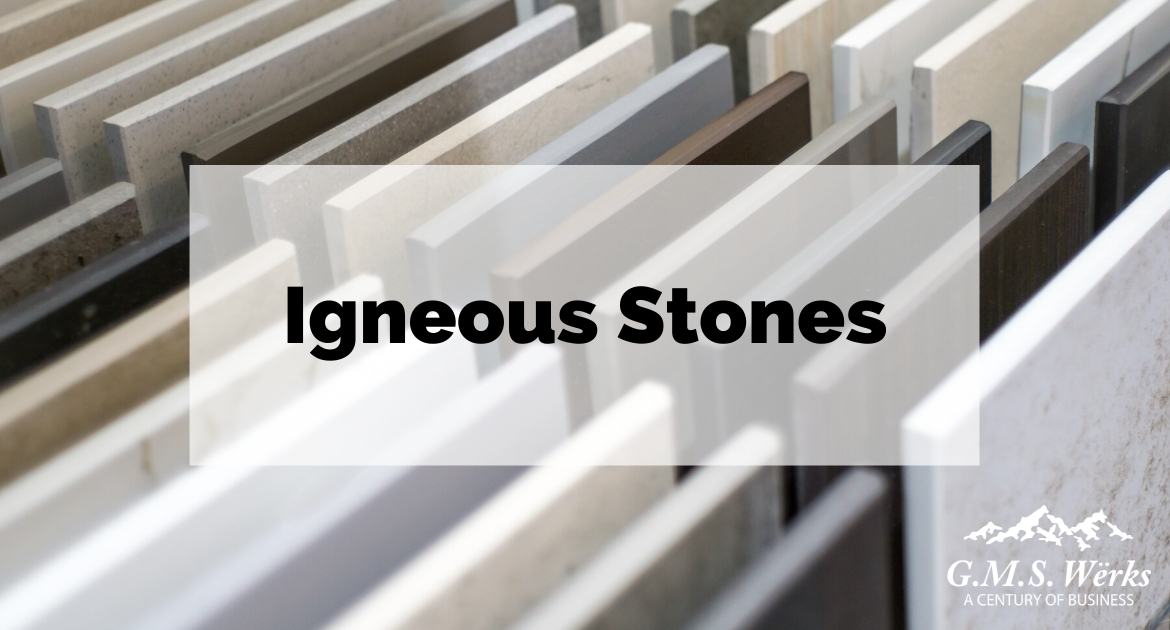 Natural stones are the oldest materials found on Earth, they are formed for hundreds to thousands of years. These stone slabs are found in residential and commercial spaces across the world and broken down into everything from tiles to flooring options.

One of the most popular natural stone pieces is granite due to its ability to be installed virtually everywhere and be long-lasting; however, quartzite can also be a common material found in igneous rocks.

What are Igneous stones?

The word igneous comes from Greek origins and means fire. This is because igneous rocks are found in some of the hottest places inside of the Earth’s crust! Igneous rocks are near active plate boundaries or hot spots in the Earth. These hot spots warm up rocks, molt the rock and then crystalize it to give it its unique features and durability.

Extrusive is when magma flows out of the volcano and cools down on another surface. When a volcano explodes the magma pours out of the volcano at rapid speeds, while it exits the volcano, it will eventually start to cool and this cooling causes minerals and gas bubbles to be stuck inside the rocks.

The most common type of igneous stone on the market would be granite and sometimes a mixture of quartz!

Granite has been used for centuries and formed over 300 million years ago. One could argue that granite is one of the most common natural stones used in homes from granite countertops to flooring. This is because granite is a durable material that has a higher price point but worth the investment at the end of the day.

Granite gives spaces elegance and is a unique natural stone option because of where this stone is formed. The stones often looks as if they have small crystals inside of the stone and is not a perfect stone. It often has cracks and large veins.

Wait, isn’t quartzite a metamorphic stone? Well, it is but it is also commonly found in extrusive rocks. This natural stone can be found in both metamorphic and igneous rocks, which give each different stone slab their own unique appearance.

Quartzite is a common material in design due to its similar appearance of marble while being the cheaper option and easier to maintain. Quartzite is a durable stone that is commonly used for countertop options.

An example of extrusive igneous rocks that has levels of quartzite inside of its make up is diorite. Diorite is the most common rock found in granite countertops that give the countertop the black, silver and white pattern which is also commonly made up of quartz. This stone is commonly used for road, construction and other related projects but is found in countertops and flooring options of granite and quartzite.

GMS Werks offers customers with a 50,000 square foot warehouse of metamorphic, sedimentary and igneous natural stone slabs with thousands of colors and varieties available for their choosing. Contact us today to set up a walk through our warehouse!