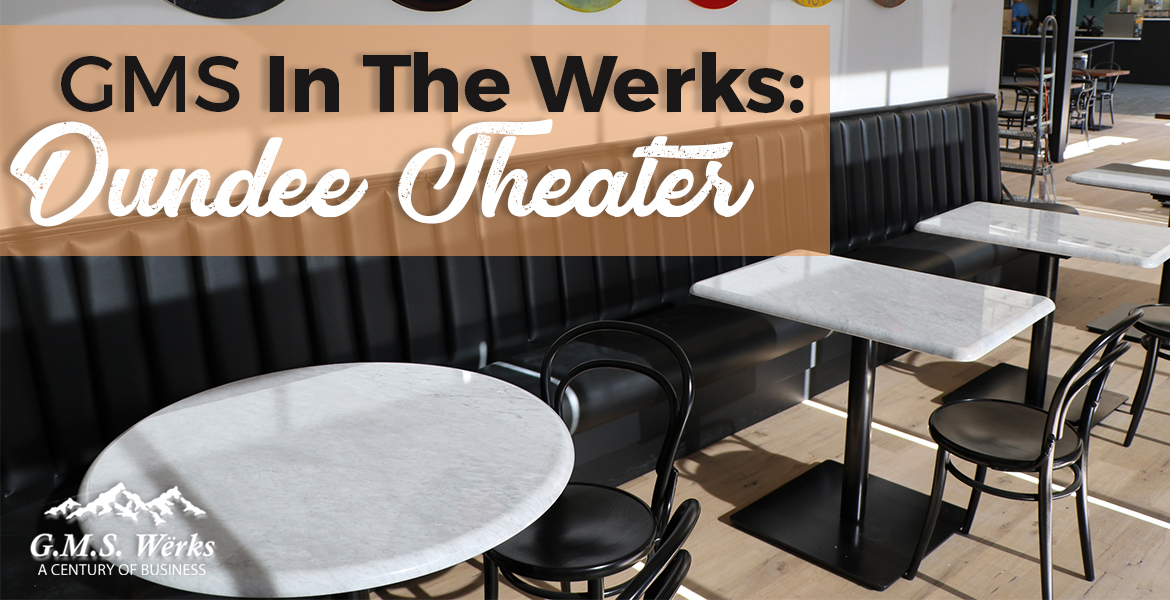 The 92-year old Dundee Theater, that has been closed since 2013, has officially reopened. Those that have grown up and lived around Omaha have tons of memories from the historic theater and were thrilled that a big goal of the renovation project was to honor the history of the theater.

The theater was purchased by Susie Buffett’s Sherwood Foundation and was gifted to Film Streams, who also owns the Ruth Sokolof Theater downtown. The theater will remain under the name Dundee Theater, but will be owned and operated by Film Streams. Film Streams raised around $7 million to restore the historic theater. The 300-seat auditorium was not only revived, but they expanded into the space that was formerly occupied by the Old Dundee Bar and Grill to make room for a second screen and a new restaurant: Kitchen Table Central.The restaurant and larger lobby give the theater a sense of community. It gives customers a way to hang out and enjoy eachothers company as well as enjoy a movie.

GMS Werks had the honor of being picked to do the tables for the restaurant, Kitchen Table Central, inside the new Dundee Theater. There are 7 round tables made of Carrara white marble. GMS Werks also worked with Chandler Sanders, an interior designer with Alley Poyner Macchietto Architecture.​ 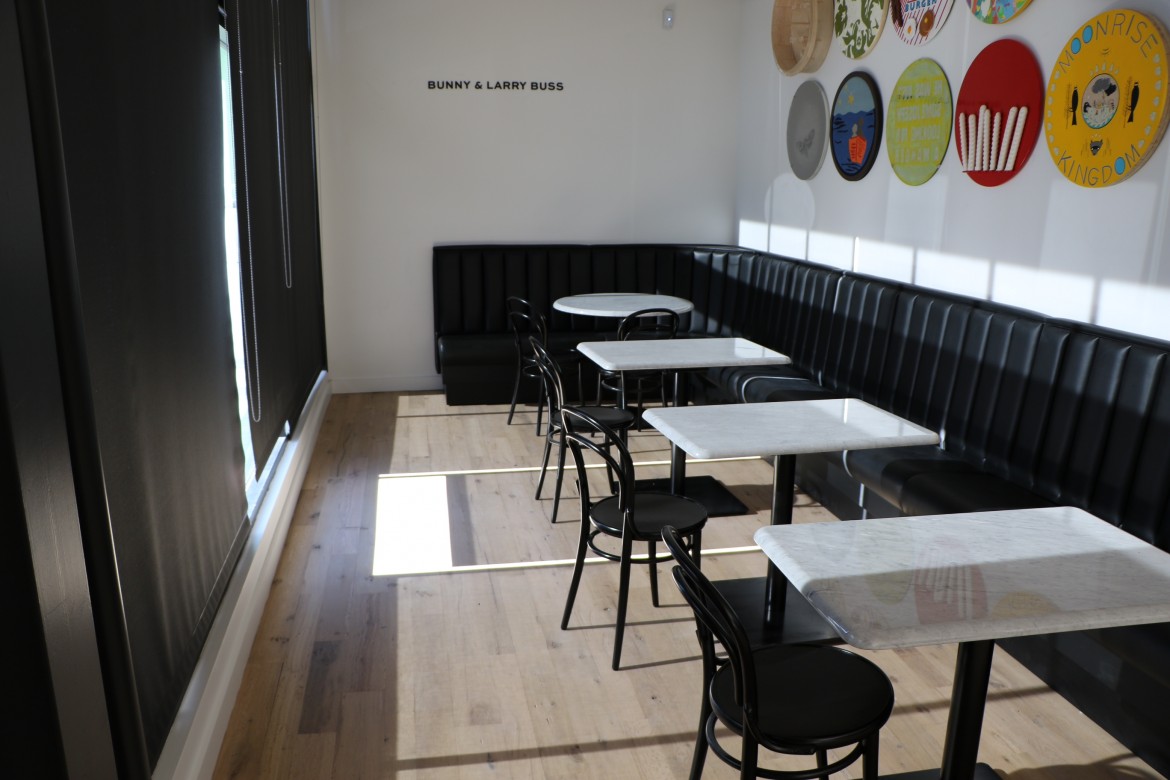 Below, is a picture of Film Streams Director Rachel Jacobson and her crew sitting at the tables from GMS Werks. Rachel says, “We are so grateful for the beautiful tabletops. They turned out just lovely.” GMS is so happy that they could play a part in bringing an Omaha favorite back to life. 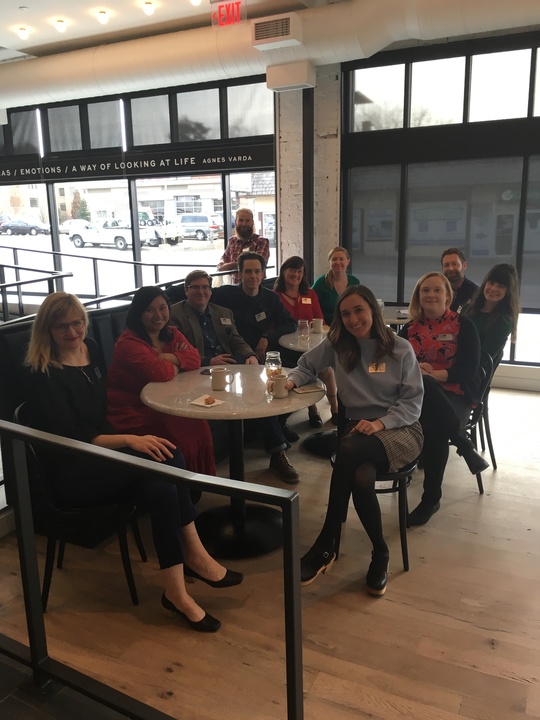 If you are looking to install natural stone in your new home or business, contact GMS Werks and we would love to help you out!