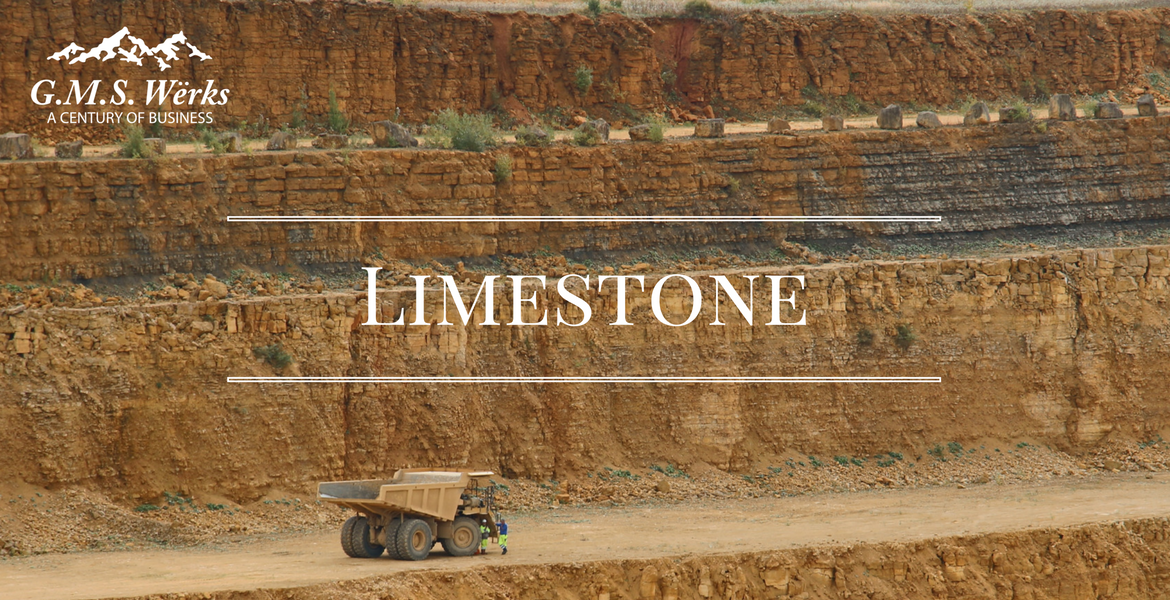 If you’ve been keeping up, you’ll know week by week we’ve been taking an in-depth look a different surfacing materials available for use in your home or office space. By now we’ve covered Dekton, Radianz, Silestone, Travertine, and Caesarstone. In analyzing each of these different materials, we hope to give you a better understanding of what is available in the marketplace. We also hope that by doing this we are able to better assist you in determining what the right choice is for you. This week, we’ll again continue in the same fashion by covering Limestone. You’ll get a thorough look at exactly what Limestone is, where and how it’s formed, its advantages, where it's best used, and get an overall feel of the product, at which point you’ll hopefully be able to determine if it is a viable option for you. Read below to find out more about Limestone!

In its most basic form, limestone is a type of sedimentary rock composed of calcium carbonate in the form of the mineral calcite. As a sedimentary rock, limestone is created when small particles of rock or stone have been compacted by pressure. Because it is known to form in and around marine environments, this pressure often comes from the water in which the limestone is formed.

What Are The Advantages Of Limestone?

Compared to many other building materials, limestone touts dependability like no other. This characteristic can be demonstrated through the detailing of its use throughout history. Although it may not be a well known fact, limestone has been used as a building and surfacing material for centuries. The Greeks and Romans used Limestone in the building of many statues and buildings more than 2,000 years ago. While it can be assumed some have fallen, there are numerous buildings from such projects still standing to this day. Additionally, there are many landmarks around the world composed of limestone. For example, one of the wonders of the world, the Great Pyramids of Giza in Egypt are made of limestone. If it were good enough for the Romans, Greeks, and Egyptians, who are we to discriminate against such as material.

Limestone can be used on its own in panels for flooring or other surfacing purposes. Additionally, while it is considered to be extremely durable, as touched on above, it can still be crushed to be used in cement for use in buildings and other structures. Additionally, it can be shaped and formed in a way to add a decorative element to your home or business.

Because it is considered to be a plentiful material, limestone is relatively inexpensive, and although it is considered to be a heavier material, it is still seen to be inexpensive to transport. Versatile, dependable, and cost effective? Limestone is shaping up to be a top contender on the list of possibilities. Not to mention we aren’t even done covering its advantages!

Because it is considered to be such a plentiful material, the use of limestone in building and structures can be considered environmentally conscious. In using it, we are not stripping the Earth of a material scarce in amount.

To find out more about Limestone’s advantages, click here.

Where Is Limestone Best Used?

As touched on above in explaining its advantages, limestone is an extremely versatile material. It can be utilized in a number of different ways and circumstances. It can be used in and of itself in the form of panels for flooring, walls, etc. It can also be crushed and used in cement for use in buildings and structures. Additionally, it can be shaped to make decorative elements to be palce within your home or business. As you can tell, limestone is extremely versatile and thus able to be used in a number of different circumstance. Hopefully you’ve been able to determine where and how you would utilize it depending on your need!

Above, we’ve given you an in-depth look at the material Limestone. We’ve explained exactly what it is, where and how it’s made, taken a look at some of its advantages, as well as hopefully given you an overall look at the product so that you may determine if it is the right fit for you.

G.M.S. Werks has talented consultants on staff to help you bring about real-life transformations in your kitchen, bathroom, outdoor living areas, or anywhere else you’d like to have natural stone featured.